This is a guide on setting up a Raspberry Pi Zero W as a headless network monitor with the addition of a push button shut down/power up service, a custom message of the day and creating a backup image to expedite new test projects. Most of this will be accomplished through the command line. 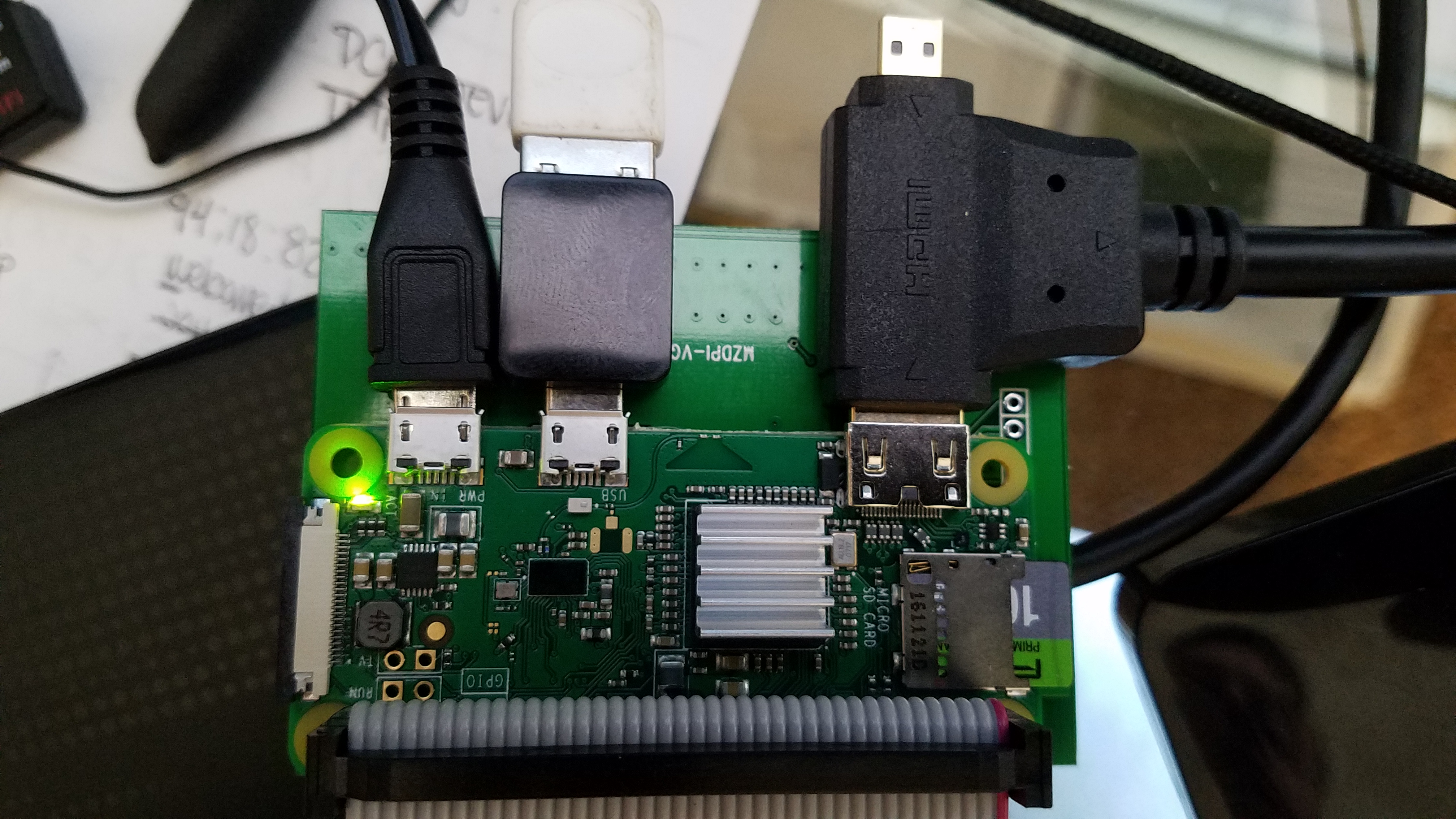 This guide was derived using a combination of the following:

I started writing this setup from a laptop running Windows 10 developer preview and then booted into a Live Kali Linux environment because after 45 minutes of trying different opensource software to access the extended SDcard partitions with no success, I chose to use Kali. Everything here can be accomplished in an environment other than Windows if you read the referenced guides noted above. Once you've setup SSH functionality and a static IP you can finish the install from a Windows machine.

One of the best features about the Raspberry Pi is the ability to clone your SD card and have a reference image you can re-install at a later date. This makes it pretty easy to switch back and forth between builds that serve different purposes. That means I can clone this image and use it for my next install, saving time. Here's how I did it ...

Write the base image to the SD card

Prep the base image to play nice on our network

Naturally if you live in Great Britain or France use "GB or FR" as this is is for the Wi-Fi network setup. See here for more information on language localizations. You can configure keyboard, language and time options later ... but first we need to establish remote connectivity.

If you want to try DHCP (router automagic IP addressing)

Once our Pi is connected to the network and we have logged in using SSH we can make note of the MAC address, add it to the DHCP reservation list in our router and create a dedicated IP address.

Note that there's no change to the default user/password in the steps above. This allows us to SSH to our new Pi on our network quickly without having to pull up the router dialog in a browser to figure out which device is which.

Change the "root" and then the "pi" passwords if you feel the need, leaving the default "pi" user name alone. sudo passwd root and then passwd.

It's easier to use sudo raspi-config to change boot method, localization settings, et al. Make sure you change your localization settings first so your keypresses for your password register the next time you SSH into your Pi. You can also enable camera and GPIO support here.

Install base libraries and updates
Install python, git and make sure the OS and support files are up to date. Note the "-y" simply confirms you want to do this operation so you don't get a prompt asking if you really want to install these things.

Install networking functionality
SSH back into your Pi and ...

If you don't want to set your Pi up as a Network Monitoring Node, go ahead and clone your disk image at this point.

I want to set up a base Pi Zero W image as a Network Monitoring Node according to the instructions found in this article. It will serve as a good base image and still leave room to test scripts, projects, functionalities and the like.

SSH back into your Pi using the pi@xxx.xxx.xxx.xxx syntax. Remember we changed the passwords for "root and user" but we did not change the user names.

Shut your Pi down with sudo shutdown -h now 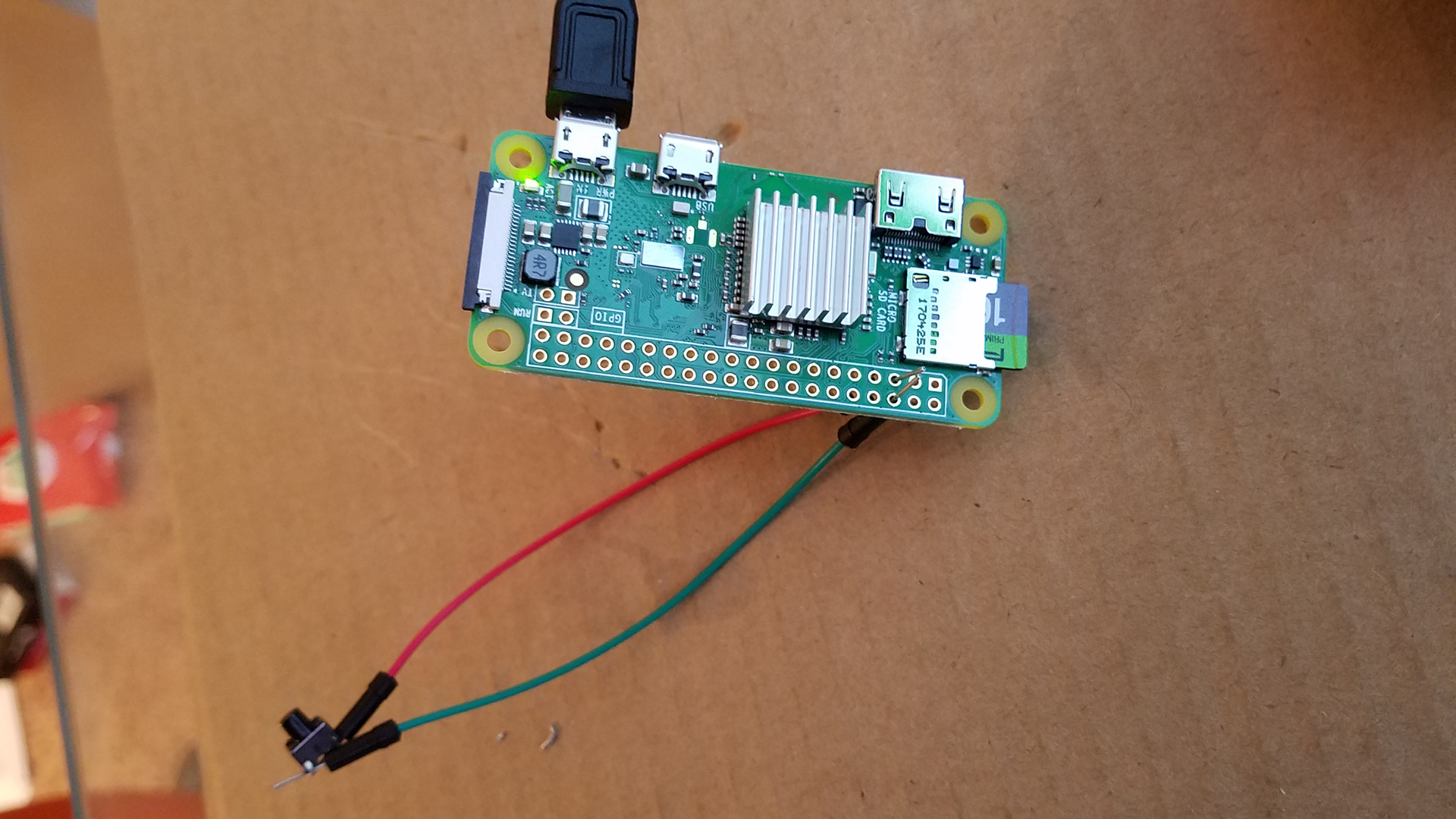 Sid over at hackster.io devised a way to use a pushbutton to call up a service to safely shut the Pi down without having to SSH into it. This little trick will turn your Pi on also! Now you'll have a headless Pi with a on/off switch.

Create a custom message of the day
Logging into our headless Pi via SSH will result in a boring line of legalese called the message of the day (MOTD). I chose to change that up by using this method that will show me some details about my device when I login, not legalese.

Alternatively you can follow nacoparker's write up here, the Mewbies writeup here, the writeup on the Raspberry Pi forum and this nice concise version by daroude. I highly suggest reading all three of these writeups if you are not familiar with the Linux filesystem, commands and scripting syntax.

Once you've got the baseline setup, shut your Pi down and prepare for cloning operations.

Make a clone of your disk image you just spent so much time creating
After the green blinky on the Pi goes dark, unplug it and pull the microSD card.
Put the card in your adapter of choice and plug it into your Kali machine.

Type sudo fdisk -l into terminal
Note the "Disk /dev" notation of your Raspbian image. In this example mine is "/dev/mmcblk0" and it reports having a size of 14.8 GB.
Now use the "dd" command to write the image to your primary partition or any other drive with enough free space that you identified using sudo fdisk -l In this example I will write to "/dev/sda2" that I have mounted as "win10". sudo dd if=/dev/mmcblk0 of=/media/win10/netpi.img

Forgot all the stuff you have loaded on your Pi?
List of installed applications with: dpkg --get-selections | grep -v deinstall

Alternatively you can try using PiBakery or you can use NOOBS if you have the HDMI adapter, a micro USB to USB adapter and a USB hub with a keyboard and mouse attached to get your initial setup. Use the graphical install to set everything up, launch a terminal, make the above mentioned changes and then clone your image.

At the end of the day setting up new hardware takes a minute (or a few days worth of spare time ...) and it's always best to read lots of articles and make an informed decision that fits your unique situation before you commit. Once you get things working in a way that suits you, make a clone so you have a reference point.

There more efficient ways to do this so take from this guide what works for you.